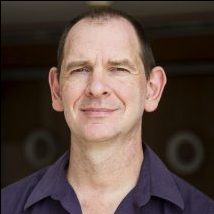 Dr. Banaszak Holl is Professor and Head of the Department of Chemical Engineering, Faculty of Engineering, Monash University, Australia. BS University of Chicago (1986). PhD Cornell University (1991). Post-doctoral associate IBM TJ Watson Research laboratory (1992). He was an assistant professor at Brown University (1992-1995) prior to joining the University of Michigan (1995-2017) were he was Professor of Chemistry, Biomedical Engineering, and Macromolecular Science and Engineering. He served as Assoc. Vice-President for Research from 2009-2012 and Director of Macromolecular Science and Engineering from 2015-2017. His research interests focus on synthetic (polymer) and natural (bone, ligament, protein) materials, including as a function of their behavior in dynamic biological processes. He is also interested in catalysis for improving the sustainability of existing and new processes including waste valorization. Research projects include work in polymer synthesis, characterization, depolymerisation, and environmental impacts and remediation; gene and drug delivery; bone and ligament structure as a function of disease and drug treatment (osteoporosis, osteogenesis imperfecta, anterior cruciate ligament failure). Current collaboration in BioPria is focused on photocatalytic waste water treatment.